Posted on January 10, 2015 by jennyjennygenesis 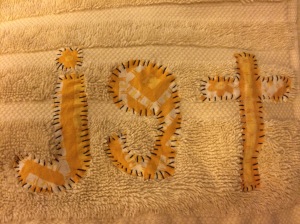 It was a lot of fun to write down New Years Resolutions with my kids! I was surprised by their awareness of what they needed to work on the most. I felt inspired to dig a little deeper and write more than: walk and do yoga every day, eat more leafy greens, and go to daily mass. I could’ve added on drink less coffee, but that would just be setting myself up for failure! The kids wrote things like: be kinder and less harsh to my sister, share more, stuff like that, so impressive! They also all mentioned something about the stress of electronic devices, and trying to not spend so much time playing on them. 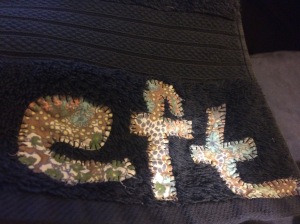 I had the fabulous idea that if we bought all the girls something electronic for Christmas, there would be less bickering and competition regarding my old iPhone that I gave my eldest daughter when I got upgraded to a new phone. Boy was I wrong. I was essentially giving myself a new job: regulating the new devices. What a headache, and not to mention, how can a kid who is still learning to exercise self control going to get anything done when there is Pandora, YouTube, and so many free games!? I had an awakening (thank you, Inez) it’s my house, and I can just put those darn IPhone/tablets/computers away for awhile, and bring them out for special occasions. It has been so quiet here this week. In a good way. These little inspirations happen in such a timely way! It really was ME that needed a conversion, it was really me who spends way too much time staring at my phone. I disabled Facebook, and all my other apps that are not essential to everyday life, Pinterest: goodbye, kids games that I don’t want them to use on my phone anyway: see ya later, and all I kept other than the PHONE, and TEXTING, was EWTN…I’m not sure how long this media vacation will last, but I can only hope that we find the space in our lives to do all those fun things that the electronic devices keep us from, like…..monogramming towels! 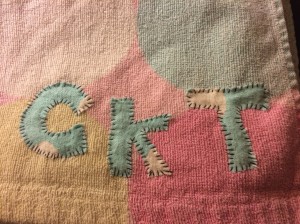 In a nesting frenzy the other day, I went to Target because I realized that I didn’t have all the basic necessities, and I wanted to be prepared! I bought the worlds tiniest diapers, some of those really cool gauze swaddling blankets, and of course, a baby hat. Then, I got the blur- this is a scientific term for rationalizing any purchase in the store, based on how long one has been in any given store, this can be quite a problem for the pocket book. I had full-on blur…I bought two birdfeeders (I had birdseed at home, but no feeders)! I also bought eight utility hangers, on sale, but still 25$ worth of hardware! I had this glorious idea that if everyone had their own towel, and their own hook to hang it on, we wouldn’t waste so much time/money/soap on washing what are essentially clean towels! So, then I had to figure out how to specify whose towel was whose. We already have “colors” for each member of the family, which helps with things like: drinking cups, toothbrushes, and the infamous chore chart…but I didn’t have towels in every color of the rainbow, so I laid all the towels out on the living room floor, and everyone got to pick their favorite one. Then I monogrammed them! It was really fun. Towels are kind of like leftover food at my house. If someone else has touched or even breathed on it, it is rendered “dirty,” or “used!” And therefore, unfavorable. I have had apparently starving children presented with a perfectly clean piece of food from a younger siblings plate, only to have my child refuse, based on this idea that there must be something tainted about the food, it having come in such close contact with that disgusting person. It’s incredible really, the commitment they have to this theory, and it makes me want to take them all to a third world country where people survive on trash and unsanitary water sources.

NEEDLESSTOSAY…as we anxiously await the arrival of our eighth child, I was feeling like anything I could do to stop washing essentially clean things would be a boon to our already full laundry pails. So, like the used food, we had used towels, and now we have your OWN used towel, which hopefully will be used again and again…. Thank you to my wonderful husband for installing said hanger-upper hook system. I know that was not your favorite job of all time (screwing a hooky holder thingy into a window), but I do appreciate you giving it a try. I will let you know the outcome of this…. so far it is untested, and unapproved! 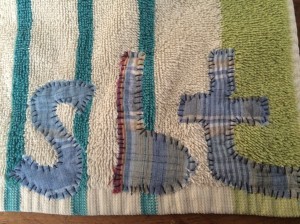 Do share any organizational/time saving techniques you may come up with, I am ready to become even more efficient! And if you have the nerve to go wireless for a week, comment below on how it went, I think it is good- even if it’s only temporary….like a little retreat. And if this isn’t good timing for your family to attempt such a feat, no judgment at all, really! I get it, and I have had several Facebook relapses since..

← Mary Had A Baby, and I WILL Get It Together!
Eyes Wide Open →