Posted on September 19, 2015 by jennyjennygenesis

I decided to give myself the goal of reading a book each month this year, and I am really enjoying the challenge. I invite you, dear reader, to also set a goal for yourself, and get to reading. It’s a brain vacation, and it can be an inspiration to try new things or think about life in a new way.

This is not a book I would necessarily recommend, unless you had the desire to travel to Afghanistan, or you’re like me and enjoy learning about other cultures, the good, the bad, and the ugly. This is a story about a Christian mother of two who went to work for a non-profit organization called the Care for All Foundation (CFAF). She went there after taking emergency and disaster relief training, around the time of 9/11, and was imagining herself bandaging wounds and clambering over the rubble rescuing refugees, but instead found herself doing all the medical staffs laundry and becoming really bored with the day to day life of a CFAF worker, then there was a meeting of all the NGO’s (nongovernmental organizations), including the CFAF. At this meeting all the workers were introduced, dentists, nurses, doctors, engineers, all wonderful people trained in different fields that were very much needed in Afghanistan. At the end of the meeting the leader introduced the author, a hairdresser from Michigan, and she was applauded wildly! Apparently, salons were basically abolished during the Taliban, and for both the aid workers and the Afghans, there was not a lot of haircuts or styles happening. When her hidden identity was revealed she was in business, and she ended up befriending many locals at the same time, which grew into a mission of love and valuable training which then provided work for many young women of Kabul.

The reason this book appealed to me was through the interactions she had with the women and girls of Kabul, she learned their stories, and she was able to share those stories with us. I do not approve of, or appreciate the choices she makes in her personal life, but the treasure of learning the stories and understanding more about the culture was very precious. The story of Roshanna marrying someone she’d never met, and having to prove her virginity by providing a handkerchief with blood to her mother in law, Shaz’s family’s story of fleeing the Taliban and living in caves, the woman Nahida, who was a wife of a mean Talib and had to live in the authors home until he deemed the beauty school appropriate, the forlorn Hama who couldn’t escape her abuser…..  This is reality for many of the women who came to the beauty school being involved in arranged marriages….Some were terribly abused by their husbands in a world where divorce wasn’t allowed. A man could dismiss his daughter’s husband if he didn’t pay the proper dowry, but even then a woman would most likely not have custody of her children. Also, if a woman didn’t provide a son for her husband, he was free to marry again…. up to three wives is considered normal.  It was very revealing to gain some understanding about how marriage is handled there, and how protected and even oppressed the women are.

I enjoyed the picture the author painted for us of the suffering the Afghans had dealt with, and those many personal testimonies made it all the more real.

If you have a longing for travel, becoming a missionary, or learning about middle eastern Muslim people, you will find a treasure in Kabul Beauty School.

I am going to continue reading more books like this one, and hope to share them with you!

The Dressmaker of Khair Khana, by Gayle Tzemach Lemmon 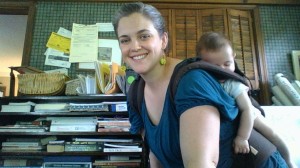 Category: Inspiration, UncategorizedTags: Be a Christian All The Time, Love God Through Others, Reader Read This, Reading Goals, this is the new evangelization, Understanding Different Cultures

← Let Me KonMari That For You!
Coffee Cabinets and Stella and Fred’s Love Story →